Rollup: why an inefficient finance function can roadblock success 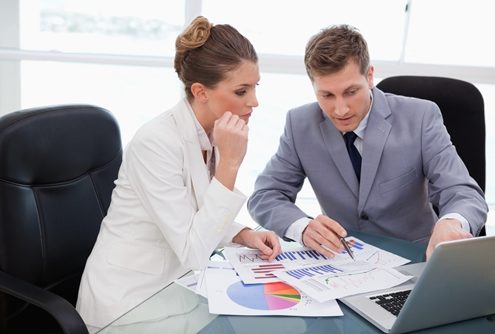 For both private equity firms and small businesses with an appetite for intelligent investment, a rollup could promise remarkable returns on capital, reduced costs and better resource allocation across the board. But successfully navigating the uncertain path from start to finish probably requires more work than it took to originate the plan itself. Rollups even within the same company spread out between a handful of locations can prove frustrating once those in charge begin uncovering accounting irregularities, mismatched processes and many more tiny details that threaten to derail the entire operation.

Even in the best of circumstances, it can take many months and untold sums of money to complete a rollup – assuming the companies involved aren’t relying on a tried-and-true playbook and turnkey solution like the one Consero successfully implements on a regular basis.

What could go wrong?

According to venture capital professional George Deeb, and as many corporate veterans can likely attest, there is a lot that could go wrong in any one merger or acquisition deal. Since a rollup is effectively several M&A projects combined into one, the risks and roadblocks are only multiplied, according to Deeb.

“Many accounting pitfalls are present in a rollup play.”

Some of the most troubling issues involved in a rollup concern the finance and accounting function. Assume that in a “simple” rollup scenario are five offices that operate under the same brand, but in different locations and specialties. If they are each part of the same company, it follows that a rollup wouldn’t be hard to accomplish. But even in this common example, individual offices tend to track and record financials using different methods or systems. To get consistent records and controls for revenue, margins, expenditures and more is a tall task that’s often delayed, with the belief that it won’t present a major problem.

But without completely consistent processes and controls throughout the entire new business, monthly reporting becomes a time-consuming, expensive chore. Generating accurate monthly reports on each of these basic metrics will require extensive work reconciling disparate data and processes. Mistakes are bound to happen, and will only grow more numerous as the company does (if it does).

Of course, there is still a strong possibility that accounting and finance resources will not be used efficiently. This is true in almost any organization regardless of size, given the highly seasonal nature of the accounting team’s workload. It’s also an inevitable result of the need to plan around staff schedules, leaving room for vacation time and sick days. A well-executed rollup is supposed to solve many of these problems by allowing a more even distribution of workloads, but this is hardly attainable if systems and processes remain inconsistent throughout the organization.

With all this in mind, how does anyone ever execute a rollup without falling into one of these costly traps? Consero is demonstrating the most rewarding rollups happen when people, processes and systems are unified from day one. We help private equity firms and the companies they invest in succeed by taking a transparent approach to the rollup play:

Utilizing the Consero rollup playbook, the entire operation can be condensed into mere weeks rather than months, all while reducing waste, increasing savings and putting the front-office in prime position to take strategic control.

Learn more about how Consero’s solution benefits businesses and investors.

PrevPreviousCommon accounting mistakes
NextRollup: How finance can prepare to execute a rollupNext
What's Included in FaaS
Industries We Serve
Contact Us