Why not all corporate value is created equal 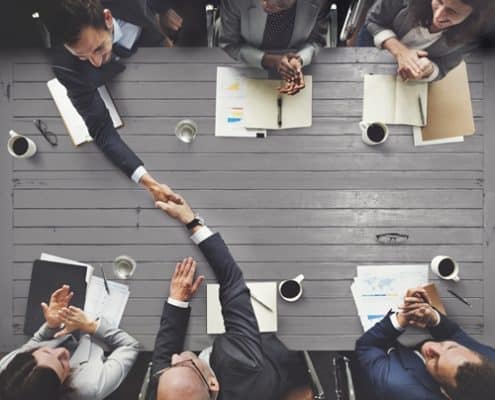 Understanding and reporting on the financial value of any company is no easy task, but it’s arguably even more difficult for startups and early-stage organizations. In many cases, a startup’s worth can hardly be proven beyond its book value, even though every multibillion dollar corporation in business today could’ve said the same in their earliest days. That’s why startup valuation is a different breed among finance professionals and requires significant resources on the young company’s part to prove their worth. When startups partner with reporting experts like those at Consero, this weight can be quickly lifted, and financial support is often much easier to come by.

At its core, determining the value of an established company requires tabulating the total value of its assets against all liabilities. For startups, this approach is fraught with uncertainty because their assets are often intangible – their value is based on a promising idea rather than proven results.

According to Funders and Founders, seed-stage companies approach valuation in a few key ways:

As financial analyst Bill Gurley explained in a lengthy piece on his personal blog, it’s common for a lay audience to assume that a firm’s value and its revenue are correlated, when in fact this is not the case and could be detrimental to final value determinations.

“Calculating or qualifying potential valuation using the simplistic and crude tool of a revenue multiple (also known as the price/revenue or price/sales ratio) was quite trendy back during the Internet bubble of the late 1990s,” Gurley wrote. “But investors and analysts beware; this is a remarkably dangerous technique, because all revenues are not created equal.”

As Gurley explained, the gold standard metric of equity valuation is discounted cash flows. However, DCF turns out to be of questionable utility, and essentially useless for most startups, because it relies upon accurate revenue forecasting. Without reliable data inputs, the output of any DCF calculation will inevitably lack reliability, too.

That leads analysts to more common modes of valuation, which Gurley termed “shortcuts.” These include the price-to-earnings ratio and EBITDA. These metrics are easier to calculate and report, but don’t reach the same level of quality as DCF.

How can startups strike a balance between revenue reporting models that are not only easy to compile, but highly accurate as well? In essence, Gurley and others argue that it comes down to quantifying every available metric, a feat that is increasingly practical using the latest in data science and with access to a top-notch financial team.

While the hurdles of acquiring that level of talent and technology were once considered insurmountable to startups, Consero is proving this to be a misconception. By providing seed-stage firms with the people and processes they need, reporting revenue and proving value in a timely, accurate manner becomes entirely attainable.

PrevPreviousStrategic CFOs are gaining greater control through outsourcing
NextThe finance solution set is broken. How do we fix it?Next
What's Included in FaaS
Industries We Serve
Contact Us