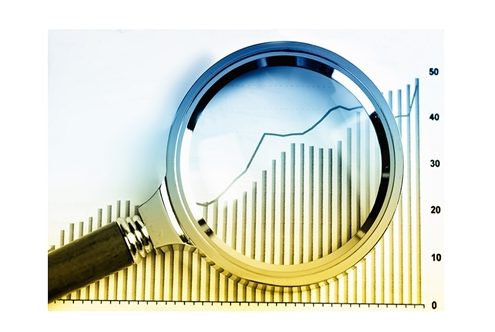 In 2014, the U.S. Financial Accounting Standards Board announced the development of new standards for revenue reporting intended to streamline accounting practices across many industries. But as the deadline for adopting the new standard looms, it’s serving as an unintended wakeup call to many businesses as they scramble to get their financial data and systems in order. In the end, the companies who will fare the best in the race to make the grade on revenue recognition will be those that have had the right people and processes in place from the beginning.

The Wall Street Journal reported in early June that major corporations like Verizon, Hortonworks and Workday were finding it difficult to update accounting protocols in time for the FASB’s Dec. 15 implementation deadline. According to a survey from Ernst and Young cited by The Journal, around one-third of 300 respondents in the finance and technology sectors said they were behind on meeting the deadline as of March. Twenty percent of those surveyed expected their revenue reporting systems to be only partially functioning by the end of the year, likely causing serious work slowdowns.

The new revenue recognition standard set by the FASB is designed to eliminate key differences between two common accounting methods: Generally Accepted Accounting Principles, which is used in the U.S. and U.K., and International Financial Reporting Standards, utilized by the European Union and several other nations. According to the FASB, revenue recognition guidance in GAAP is “complex, detailed and disparate,” with differences from one industry to another. This makes it difficult for investors and analysts to objectively compare companies from different categories and jurisdictions.

There are many practical implications of the new revenue recognition guidelines. The Journal explained that Verizon, for example, will need to account for revenue in a different way, depending on if that money came from certain contracts or from retail sales. Tony Skiadas, the company’s controller, said the project had already taken up nearly three years and thousands of work hours across several finance and IT teams.

In several large organizations, much of that time seems to be devoted to designing complicated workarounds in legacy software systems. Hortonworks, for example, said making the necessary changes to its back-office systems (which run on Oracle software) would be possible but were also driving up administrative costs. Even representatives from Workday, which hired five full-time accountants to review more than 6,000 contracts in accordance with the new rule, said they were surprised just how much work this project required.

These testimonials demonstrate why headcount, or even talent, matters little when the best systems and processes are not in place already. A common refrain among finance professionals who spoke with The Journal was that the deadline posed more of a tech issue than a pure accounting exercise. Software engineers needed to design new programs, while managers needed to see that these were being implemented correctly from the ground level. Therefore, the companies who cross the FASB finish line in the best shape will be those that were already well-positioned for accounting agility.

Accounting and finance departments no longer have to go back to the drawing board when new regulations force an overhaul of legacy systems. Consero gives them the tools and talent that allow for maximum adaptability from the outset of any accounting project. Whether it’s new reporting guidelines or simply a desire to push the business forward, Consero makes it easier.

PrevPreviousThe finance solution set is broken. How do we fix it?
NextWhy startups fail for the same reasonsNext
What's Included in FaaS
Industries We Serve
Contact Us