The future of finance automation 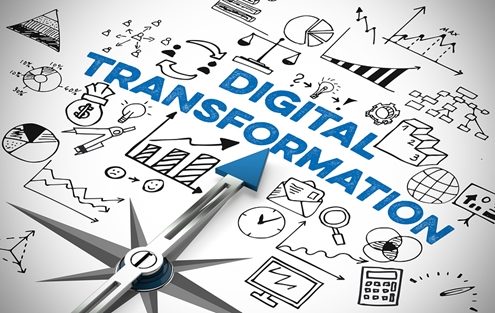 Are robots swooping in to take our jobs? Not exactly, according to recent research on the subject, particularly as it relates to corporate finance and accounting. While companies large and small have begun implementing advanced automation tools like artificial intelligence in back-office finance functions, most experts agree we are still far from adequately replacing human intelligence. That’s why more digital finance thinkers are advocating a new approach to accounting automation that focuses on freeing up time for more complex tasks that can’t be delegated to even the most advanced computers.

According to research from The Hackett Group reported by The Wall Street Journal, some two-thirds of large multinationals plan to automate “some or most” finance department tasks within the next three years. In global corporations that have already pushed the envelope on financial process automation, Hackett estimated cost-savings as high as 35 percent compared to the status quo. In addition, automation reduced transactional errors by 66 percent and is estimated to have cut time spent on data collection by 24 percent.

The case for digital transformation in finance and accounting is clear as day, and as the technology matures, it will find its way from giant international companies to the small- and mid-sized businesses that make up the fabric of the corporate world. In fact, some examples of process automation implementation currently in use at large global firms are already within reach of the average executive:

However, this high level of finance process automation doesn’t absolve accountants and CFOs from their entire workload. For starters, implementation and testing is impossible without input from the people who already oversee this transactional work, and they often need to stick around after the system is up and running to check for errors. Moreover, despite the increasing sophistication of intelligent finance software, several shortcomings remain that only trained personnel can overcome. In general, these tools make menial tasks like data entry and number-crunching faster, but still fall short of matching the insight only a skilled person can provide.

For that reason, financial automation experts like Fran Exley of Ernst and Young note that these advanced systems often create more work in at least one area of the business: talent management. According to Exley, business leaders won’t find much real opportunity in looking to replace finance departments with robots. Instead, they should be looking for ways in which automation enables their finance and accounting teams to push the business even further ahead.

That idea has become a common theme in today’s conceptions of the CFO’s role in a company, as well as how they delegate to their teams in pursuit of overarching objectives. For both their staff members and themselves, CFOs need to take a hard look at how they can implement better technology and processes to remove transactional busywork from their plate. The results of those efforts, whether through automation or some other tech-enabled method, will result not just in reduced costs but more capable finance professionals, armed with the tools they need to achieve strategic objectives and accelerate growth.