The 5 Laws of Cash Management in a Crisis 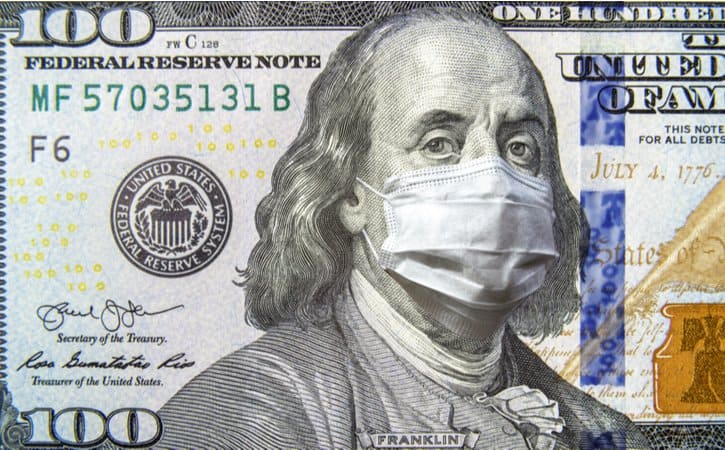 Everyone understands that cash management is a top priority when trouble hits, but the scale and intensity of the fallout from COVID-19 leaves little room for a sluggish or lax response. Here are five key principles to managing cash at the moment.

Focus can be the first casualty in times like these. There seems to be so many things to do for our families, companies and communities, that it’s easy to get overwhelmed. The news doesn’t help by providing plenty of doomsday scenarios and contradictory advice. Yet focus is precisely what’s necessary right now, to stay calm, and respond effectively to a situation that changes as rapidly as this one.

Cash is a chief concern for businesses already, but that concern can manifest itself in so many unproductive ways, from avoiding tough conversations to chasing down customers for every last dime, to simply stalling, in hopes of a miraculous turnaround. Instead, cash management needs to be tackled in a systematic and rigorous fashion, according to Mike Dansby, the VP of Client Services for Consero, an outsourced provider of finance-as-a-service solutions.

“Anyone’s initial forecast for 2020 is now irrelevant,” says Dansby. “It’s time to scrap that and take a good hard look at this new reality.” Cash is oxygen in this economy, and while that can be daunting, it’s no argument for doom or gloom. It merely requires an accurate view of what’s in the company’s tank.

He suggests using a tool called the 13 Week Cash Forecast, which is a rolling forecast updated on a weekly basis. “This is a very granular approach, without the assumptions that are typically baked into a monthly forecast,” says Dansby. “Instead, the company looks at what a customer is actually paying, what a vendor is actually billing, and what expenses are coming due.”

This allows a company to better assess when it might need to negotiate a payment plan with vendors and creditors, or when it might need to offer such a plan to customers. Every input and output is examined and verified, essentially becoming a weekly reality check. This now becomes the basis for every cash management decision from this point forward.

Those in-depth weekly forecasts involve a lot of work, so companies should divvy up the work to various staff members, so they can have a sense of ownership over their contribution. “Maybe someone is charge of receivables, another is in charge of recurring vendors, and so forth. This can be someone in finance, or sales, but it should be someone with an executive title,” says Dansby. They do need to feel genuinely empowered, so that they take full responsibility for the accuracy of their work.

That added responsibility might be a chance for staff to grow, as they build closer relationships with that vendor or a customer along the way, by verifying payments or negotiating a new payment schedule. “I wouldn’t be surprised if  a lot of companies end up with a stronger bench as they come out of this,” says Dansby.

The value of those weekly forecasts is they help predict problems as soon as possible. It allows the company to stay proactive in addressing cash shortfalls, which boils down to conducting a diplomatic effort with creditors, vendors, customers and employees. “This means never postponing a tough conversation,” says Dansby. “If the company looks like it might break a covenant, it should contact the bank immediately. In most cases, they’ll be happy to work out a new schedule, but only if they aren’t surprised.”

If a company waits until they actually miss a payment, that vendor or creditor is likely to assume the worst. In times like this, trust is an asset no company can squander. “That bank may start to wonder what else the company is hiding,” says Dansby. The vendor might cut service soon after that missed payment, or inundate the company with calls and emails, trying to collect, which distracts staff and erodes the chance of negotiating a favorable payment schedule.

“However, if a company realizes there will be a shortfall in the next 60 days or so, and reaches out to that bank or vendor early, the entire tone of the conversation shifts. That other party becomes a partner in solving this.” And the company should offer customers the same kind of partnership. “Even if that customer can’t make the full payment on time, an engaged and compassionate conversation can recoup some of those monies when every dollar counts.”

This level of candor should be extended to employees as well. If one of those weekly reality checks indicates layoffs are required, it’s vital to move quickly. “Finance staffs are privy to a lot of information early, so to maintain morale, transparency matters,” says Dansby. Layoffs should be conducted as quickly and humanely as possible, which again, requires the early detection that comes with those weekly updates.

During downturns, it’s only natural to assume a defensive stance, by looking to do more with less staff, cut expenses to the bone, and find ways to keep as many customers as possible. However, there are some ways to play offense, and companies that do will only up their chances of making it through this gauntlet. Still, just like with any diplomatic effort, it needs to be conducted early.

“If a company has any access to credit line, they should activate it now,” says Dansby. “There’s no telling how quickly a situation can change for a company or their bank, and that extra cash can be a lifeline as the economy worsens.” Sometimes playing offense involved tapping resources before they’re necessities.

That extends to any government assistance a company may qualify to receive. “The recently passed CARES Act offers a lot of assistance, including PPP (Payroll Protection Plan) that allows companies with under 500 employees to borrow up to 2 ½ times their payroll, with some limits,” says Dansby. “Given the demand for such support, it’ll be best to get in line early and begin processing all the relevant paperwork.”

Although Dansby still suggests keeping an eye out for more classic opportunities to play offense, such as acquiring market share by scooping up weaker competitors. “If a company finds itself with the cash reserves to do so, it’s a great time to grow.”

“In a matter of two days, most American sports leagues shut down in response to the pandemic,” says Dansby. “That’s how quickly things can change now.” It’s why those weekly reality checks are so vital, and why a single forecast isn’t sufficient.

“Most companies should be maintaining three different plans, one for a worst-case scenario, one for a likely one, and one for a best case,” says Dansby. “Then as the weekly data comes in, the company knows what move to make next.”  And naturally, if that worst-case scenario becomes more likely, they’ll need to devise a plan should the situation deteriorate further.

However it’s worth noting that companies should make no assumptions, good or bad. Assuming only the worst can also blind companies to vital opportunities. Instead, the real golden rule of cash management is to keep one’s eyes open to the reality of what’s coming in and what’s going out and acting on that evidence without delay.

Like so many things, it’s simple but not easy to do, even in the best of times. But as we grapple with what comes next, it’s important to realize how often such troubled times can be a time of grace and satisfaction. Or as Laurence Gonzalez puts it in Deep Survival,  his stellar account of how people survive extraordinary circumstances, “Days stolen are sweeter than days given.”

If you’re interested in more best practices for navigating the current crisis, Consero offers a webinar that can be found here: