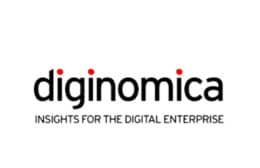 Diginomica is an online platform designed to serve the interests of enterprise leaders in the digital era. Their Co-Founder, Jon Reed, interviews Bill Klein, President of Consero along with Matt Kinsey, Senior Managing Director of BV Investment Partners. They discuss how Consero built a private equity play around Sage Intacct called Finance as a Service. 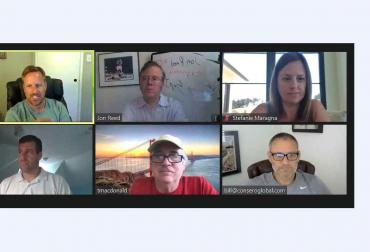 Recently, Sage Intacct approached me with an interesting twist. Implementation partner Consero Global built a private equity play around Intacct they call finance as a service. Would I like to speak with Consero, and a private equity customer? On the Zoom call, I asked Bill Klein, President of Consero Global, how did this all begin? As Klein told me:

I’m one of the co-founders of Consero; we started the company back in 2006. Back then, the primary objective was creating a modern alternative to building a finance and accounting organization. How to deliver greater financial visibility, improve scalability from an operations standpoint, and do it at a lower, more predictable cost structure.

Over the years, that vision evolved:

As we went along, we put more and more pieces together. A very big piece of that being the Sage Intacct platform, which we use to deliver consistent services to our customers.

“It’s not a custom ERP implementation”

When we bring on a new customer, it’s not a custom ERP implementation. We’re putting them onto the platform, customizing the policies for the customer, but the process is already laid out. And that’s where a lot of the work is.

And how did the PE market push come into focus?

PE-backed businesses want to understand how the business is doing based on the financial results. They want to identify what they can be doing differently. So they really value that as a key part of their decision-making process. And that was what drew us into the PE world.

Is this a Private Equity micro-vertical?

So would it be fair to call this a Sage Intacct micro-vertical practice, via configuration of the existing application for private equity firms? Klein:

To your point, we did develop some verticals. Then we found the PE firms who invested in those verticals, and said, “Hey, we can put this across their portfolio and actually get them consistent results across their different companies, and do it in a fraction of the time that they would be able to do by hiring out a team, picking out all the different software components they need, and then mapping their processes in?” All that stuff takes them 12 to 18 months, in the best case, when they actually achieve the results they want.

And so we said, “Hey, we can have them up and running on a streamlined platform in 30 to 90 days, where they’re getting financials in 10 days.”

Yeah, we actually have. It was interesting – we’ve never sourced a deal this way. Consero called on our organization as a potential customer of their business model. At that point, I think we had no portfolio companies on Sage Intacct. They tend to be on QuickBooks Enterprise when we buy them, like most companies in the US, I guess – even though they’re scaled midmarket companies, a lot of them are still on that. We’d seen Dynamics, and we’d had some experience with NetSuite.

But when Consero called on us, we had all these challenges and pain points, exactly what Bill said. We could spend a year just scoping out a system implementation. We needed customer-level profitability; we needed division-level profitability; we couldn’t get the data that we wanted. A lot of times, the operational metrics aren’t tying to the financials. And then you’re taking and tying and wasting all this time.

So about this “finance as a service” thing – was that the hook?

When Consero pitched us, we said: “I think finance as a service, must be a Gartner buzzword, but I doubt that really exists. But if you can do what you say you can do, and get us up and running in sixty days, at that point, we’ve wasted less brain-drain, resources and time, and we can get our businesses growing faster – we’re all for it.”

We tried it in one of the companies, and we ultimately turned it around and said, “This is such a good powerful business model. It solves all our pain points. Let’s make an investment in the business, and help them build the brand within the private equity community.” At this point, I think we have half a dozen or so of our portfolio companies on the platform. It’s pretty much our playbook for any new investment.

The push for a strategic finance team

It’s a longstanding conversation I’ve had with Sage Intacct: how do we help finance teams move from administrative to strategic? Kinsey:

If you talk to our CFOs, they were not able to be as strategic as they are now with Consero. They would get into the weeds closing the books… It’s a different mindset. They want to be strategic and forward-looking… It’s that marriage of the people with the systems, and that time window that you’re talking about, 30 to 90 days – that just solved a whole lot of pain for us.

To your point Matt, the CFOs that want to be in the business, not in the general ledger, those folks love the model and get the most out of it.

A final hot seat question for Klein: is this business process outsourcing?

To Matt’s point, we term it finance as a service – we found that resonated well. That means it’s the service, but it’s also the software and the processes that we bring to bear. To your point, I’ve heard people use BPaaS, or BPO, or business process as a service, but we use FaaS, because we think it’s the most applicable and highlights the true nature of what we do.

This isn’t just a micro-vertical story. But what Consero has done by pre-configuring and packaging capabilities into services is working.

Consero has taken it further, adding an “engagement layer” for non-finance types to access needed reporting data without getting into the depths. In terms of pricing, Klein makes a crucial point about moving away from time and materials implementations. As he pointed out, there is no incentive to automate when you are billing for time. But when you productize your service offering, the push to automation is at the core.

One thing that intrigued me was the sales process: is BV Investment Partners pushing Sage Intacct to all their clients? No, said Kinsey. When Kinsey’s team takes on a new client, they brief the client on the metrics and financial reporting they will need. If the company can handle that reporting, fine. No surprise, most can’t – so they ask for advice. At that point, Consero’s FaaS option, powered by Sage Intacct, is introduced as an option.

I asked Kinsey what the most challenging KPIs are for their clients not yet running on Sage Intacct. He responded:

One example that always comes up is tying CRM data into your income statement, and all your sales backlog conversions, and then how that data ties to your P&L – that generally doesn’t seem to tick and tie very well. That’s just one example.

Another example? Companies formed by acquisitions, running on disparate systems. When a client is contending with multiple versions of Quickbooks for separate companies, they struggle with BV’s reporting requirements. Consolidating in Excel is a recipe for hair loss. Kinsey says having pre-defined processes from Consero helps considerably. Sage Intacct’s consolidation module allows them to set up one entity to manage multiple companies. Sage Intacct dimensions allow them to manage those divisions by location. As he put it: “We’re not having to re-invent the wheel.”

Obviously, this is not the easiest time for startups to make weight. Does this type of real-time view help? Klein says yes – the granularity of Sage Intacct can make a difference in pandemic times. He cited a customer that turned to Sage Intacct for product-level profitability. Prior to that, they couldn’t properly analyze which service lines were successful, and which were struggling.

This story didn’t cause me to question my belief in the verticalization of cloud ERP. However, it expanded my thinking on how you can get there. And as a bonus, with FaaS, I picked up a new buzzword. As always, the lingo is much less important than the results.

With Consero’s Finance as a Service, you gain financial clarity, operational efficiency, and the power to scale, effortlessly.