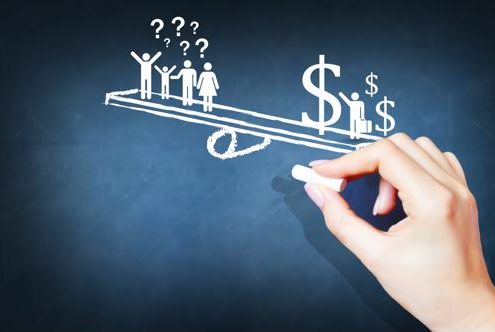 As 2017 drew to a close, it was increasingly clear that U.S. business leaders and executives were heading into the new year with a strong sense of optimism. That feeling wasn’t just a result of holiday cheer – a survey of U.S. CFOs at nearly 400 different firms conducted by the Fuqua School of Business at Duke University found for the third quarter of 2017, KPIs around business and broad economic performance were expected to be high. However, despite the glowing confidence expressed by these CFOs in terms of their company’s headline performance, the Duke study highlighted a number of concerns lurking below the surface. Among the most alarming: Many CFOs say they simply don’t have the time to pursue value-adding tasks in their roles. These findings underscore the importance, the value and the urgent need for an easier way to use financial data.

“Optimism among business leaders is high, but CFOs in particular are voicing internal concerns.”

The situation now in many businesses is rather the opposite: Flooded with financial data from every imaginable source, simply compiling mandatory reports becomes a monumental task in itself. Real-time information on cash flow, sales performance or revenue churn is obscured through nonstandard processes. In most cases, it’s just impossible to find while spread across multiple accounting systems. The end result of this mess is only another headache for CFOs and finance staff, one they would rather not bother fixing.

Some of this sentiment was captured in Duke’s third quarter survey of CFOs, particularly in a special section of questions focused on management processes. Of those responding to the survey, almost 90 percent said their company did not pursue enough projects that actually enhance the firm’s value. When asked why they believed this to be true, 43 percent of that group blamed the lack of time for managers like CFOs can devote to actually managing. Instead, these executives tend to get bogged down in the transactional work that’s necessary in any accounting capacity, but that shouldn’t really concern them.

There are two broad solutions to this problem, each of which were addressed in subsequent questions in the Duke survey. The most obvious option would be to hire more managers to take on parts of the job that the CFO doesn’t have time for, but this doesn’t solve what lies at the heart of the problem. The second option could be hiring more rank-and-file employees to handle the transactional work many CFOs are burdened with. But again, this does little to actually advance the company ahead of the pack – it only gives them a chance to catch up.

Before and after financial transformation

If the modern explosion of technology has taught us anything, it’s that there are no longer only two ways of solving any given problem. Unsurprisingly, there is a third option that more CFOs are leveraging to not only reduce the monotonous busywork they get stuck with, but actually enables them to see that transactional data and use it to learn and grow. Consero is becoming that new option for many CFOs, using software and processes designed for streamlined financial analysis. While the means may be conventional, the end results are far from ordinary.

Natalie Townsend, Vice President of Sales at Consero, can recall plenty of “before and after” stories just like this.

“We started working with a CFO at a new company that was doing $60 million in revenue and still running on Quickbooks,” Townsend said. “They had no idea if all of their products were profitable. After implementing Consero, the CFO now has the data to know that one of their biggest revenue lines is also their most costly. So, he is now focusing his efforts on driving down the cost and improving the profitability within that product line.”

According to Townsend, this story isn’t entirely atypical. Too often, she meets with CFOs who simply don’t have a full grasp of their company’s finances, through no fault of their own. Instead, they are simply relying on an outmoded way of planning, made worse by even more outdated accounting software.

“Many businesses that we meet with are flying blind,” Townsend said. “I can’t tell you how many companies we meet with that don’t have any idea what their most profitable product is (or if all of their business lines are even profitable).”

With a fast implementation and ongoing support, Consero changes this situation to not only give them a look at those bottom-line numbers, but also tools to compile reports based on that data or run a variety of analyses to come up with an evidence-based plan for future growth.

“Having accurate and insightful historical accounting information, coupled with forward-looking planning and operational metrics can help you run your business better,” Townsend said. It really is as simple as that.

Get in touch with Consero to learn more about how better financial data, and better ways to use that data, are driving unprecedented levels of business growth and innovation.

PrevPreviousWorking With Executive Team on Company Growth & Exit Strategies
NextWhen is it time to leave QuickBooks?Next
What's Included in FaaS
Industries We Serve
Contact Us