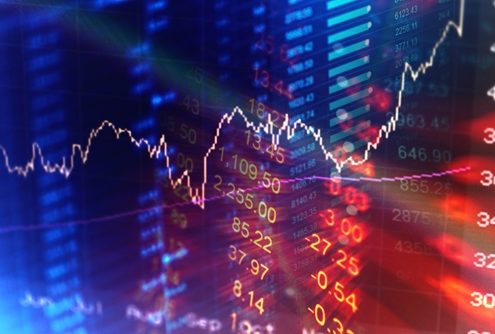 To understand just how much the world of corporate finance has changed in what seems like the blink of an eye, look no further than the latest data on initial public offerings on stock exchanges in the U.S. and elsewhere. Although analysts expect 2017 to be a breath of fresh air in terms of IPO market growth, most finance chiefs, CEOs and veteran investors agree that the process is still a slog for companies who approach it from the traditional angles.

“While the IPO market has already shown renewed signs of life, much has changed in a short time.”

A Q2 2017 report on the global IPO market from Ernst and Young found that in both nominal and financial terms, this year is on track to be a big improvement. As of the end of June, the number of IPOs launched in 2017 was already 70 percent higher than at the same point in 2016. Year-to-date proceeds from those offerings were also superb, recording a 90 percent spike over the previous year at $83.4 billion globally. Given the relatively low volatility that’s been seen so far in 2017, EY analysts project the year to mark a significant improvement.

However, these near-term wins for investors and newly public companies obscure persistent challenges, new and old, that together exert a chilling effect on IPO deals. According to executives and investors interviewed by The New York Times, burdensome regulations and outdated processes are responsible for what is still a generally lackluster market for IPOs. James Freeman, founder of the popular Blue Bottle Coffee brand, bluntly summed up his thoughts on the situation:

“It seems like a way of living in hell without dying,” Freeman said, according to The New York Times, referring to the long, drawn-out slog of taking a company public. That sentiment helps explain why Blue Bottle announced Sept. 14 that consumer goods giant Nestle had acquired a controlling stake in the company, perhaps as an alternative to an IPO deal.

Other executives voiced similar frustrations to other reporters. Steward Butterfield, CEO of Slack, a workplace messaging service valued at $5.1 billion, remarked in an interview with The Financial Times that this new era of few IPOs and more acquisitions was unfamiliar territory.

“It’s a strange world. If it was 10 years ago, we’d be public by now,” Butterfield said in the interview.

The reasons why businesses avoid an IPO are practical and procedural. According to one early Facebook employee, the mantra at that company – “stay private longer” – was one that came into vogue throughout the booming tech industry, before spreading to the rest of the market. Thanks to cash infusions from venture capital and private equity funds, ambitious tech founders could stand to make even more money by waiting to go public. Of course, that wealth often came at the expense of staff members, who accepted stock-heavy compensation plans with the assumption that a forthcoming IPO would provide a big payoff.

The trend away from the IPO, once considered the logical next step for any successful company, also has to do with the work involved in its preparation. Investopedia listed some of the biggest hurdles involved in the IPO process, most of them requiring significant time and resource commitment even before the first day of trading.

The most pressing issue for any company hoping to go public is the need to conform to a bevy of strict rules mandated and enforced by financial regulatory groups. One of the more well-known is the Sarbanes-Oxley Act, sometimes known as Sarbox. Enacted in 2002 in response to then-recent blockbuster corporate accounting scandals, Sarbox is seen as an ally to would-be investors because of the level of detail it asks from the financial reports and public records a company must release prior to an IPO. Of course, that creates a complicated, costly barrier of entry for businesses hoping for an IPO on American trading floors.

Adhering to these regulations, as well as the demands of interested but highly skeptical investors, takes a financial toll. It’s estimated that the average IPO in 2016 cost the filer around $2.64 million in accounting and legal fees. Ideally, that cost is quickly recovered once shares start selling, but founders must still contend with the dilution of their own shares as a result. All in all, these factors add up to explain why the world’s biggest names in business are no longer itching at the chance to ring the closing bell on the New York Stock Exchange to celebrate their newly public status.

There is a wealth of new financing options available to companies who aren’t suited for the IPO route, but there are far fewer ways to unify accounting and financial reporting standards in a way that could benefit any organization. Whether it’s your dream to take your company public or you’re content with staying private, you will need an intuitive and cost-effective way to consolidate and streamline your financial reporting functions. Find out how Consero helps companies do just that every day.

PrevPreviousUnderstanding metrics in retail and services
NextBeyond Outsourced Accounting:
How “Finance as a Service” Provides Decision-Driving Insight for CEOsNext
What's Included in FaaS
Industries We Serve
Contact Us